Our Models Filming A Pilot for MTV & Toronto Film Festival

Our Models Filming A Pilot for MTV & Toronto Film Festival

We recently were hired on to provide models for an MTV pilot episode. The event took place in downtown Toronto, Ontario and saw 10 of our models decked out in their red carpet finest! The show was promoting the Toronto International Film Festival and had our models walking a red carpet in the middle of Bloor Street West, while taking part in a flash mob as the "surprise celebrities!" Cameras flashing, security guards, autograph signings - for a minute we thought we actually were famous! Teaming up with TIFF on this project really helped to make it a great success! Aside from this event, Toronto International Film Festival brings many great opportunities to the city every year. With an estimated revenue of 189 million being brought into the city through restaurant receipts, hotel bills and tourism revenue - and not to mention the celebrities it brings! What a fabulous event and thank you to MTV, TIFF and the casting team for having our beautiful Femme models be a part of it! Femme Fatale has had the pleasure on collaborating with a number of different tapings with MTV, including a recent episode for Miss Bikini Canada. The shoot saw our bikini clad models soaking it up in a hot tub in downtown Toronto, Ontario once again. Representing Miss Bikini Canada for the shoot our lovely models once again had an absolute blast! To view pics from this visit our blog post HERE. Miss Bikini Canada is a Canada wide bikini competition that awards a beautiful model every year based on their bikini figure, personality and talents. Each year votes are cast and tallied and a winner is announced. We've worked a number of events with Miss Bikini Canada including staffing their Halloween party at The Liberty Grand, their runway fashion show at MINK nightclub, their recent photo shoot with Paul Buceta, taping with MTC and more all with our beautiful Femme models! To read more about Miss Bikini Canada and it's beautiful competitors be sure to check out their website at bikinicanada.tv. 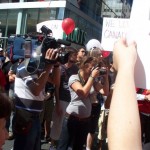 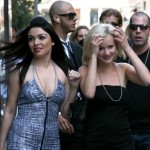 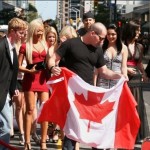 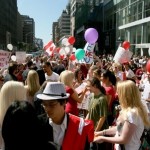 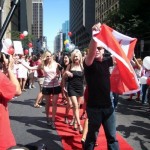 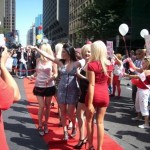 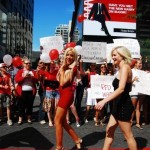 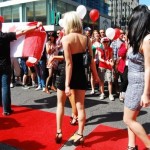 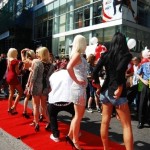 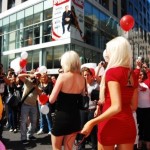 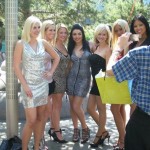 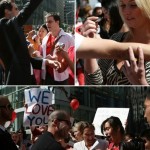