Something Light and Something Sexy – Femme Models in The New TSN Commercial! 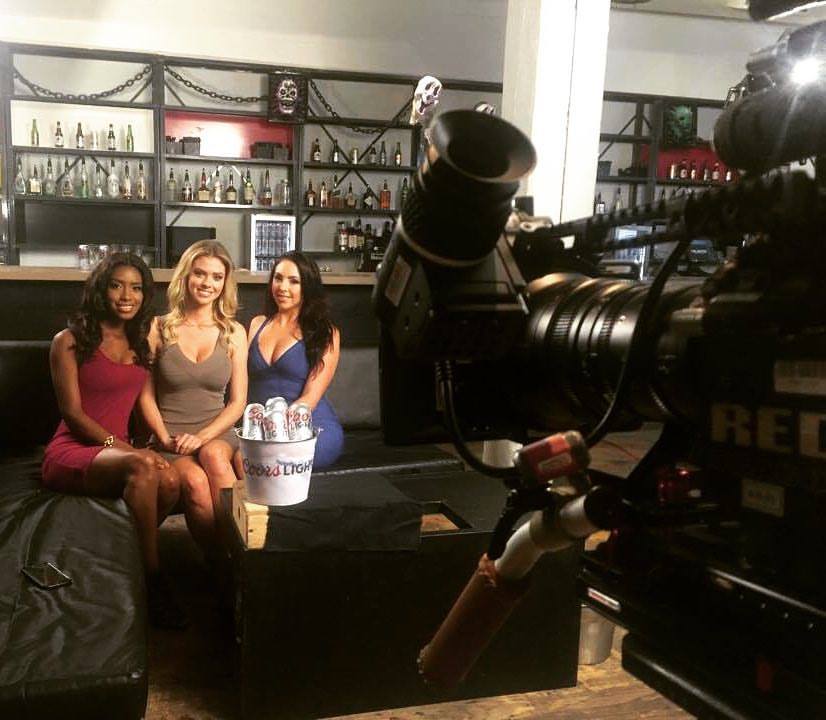 Ever wish you could have a "behind the scenes" look at a commercial shoot? Especially ones with really gorgeous models? Hmmm? Well, you can't go behind the scenes on this one...but...we can drop a few hints about a commercial that'll be airing soon – and that you should keep your eyes peeled for. Because Femme girls are talent and hotness. Because Coors Light Canada. Because it's a fun commercial, too.

Anyway, here's the rundown on what's been going on with Femme Fatale Media and the Canadian sports network giant called The Sports Network, also known as TSN.

You see, three weeks ago, TSN decided it was time to begin shooting a new commercial in earnest. And so they did. With models from Femme. You can see a snapshot of our models "in action" over at Femme Fatale Media's Instagram. Under blazing lights and the intense stare of the camera, our models smiled their way to a fantastic commercial shoot featuring Coors Light Canada (which has the largest brewery in the world). So, be on the look out for this commercial – and for everywhere else you can see our models in action.

They seem to be everywhere these days, after all. You can see them in a music video of Majid Jordan that features Drake (the name of the song is “My Love,” in case you were interested). You can see pictures of them at the Toronto Fashion Week. At Audi car events. At the Top Choice Awards Gala. Yes, pretty much everywhere.

And if, per chance, you think it might be a good idea to book some Toronto models for your next event, go ahead and contact us. We'll be right here for you.