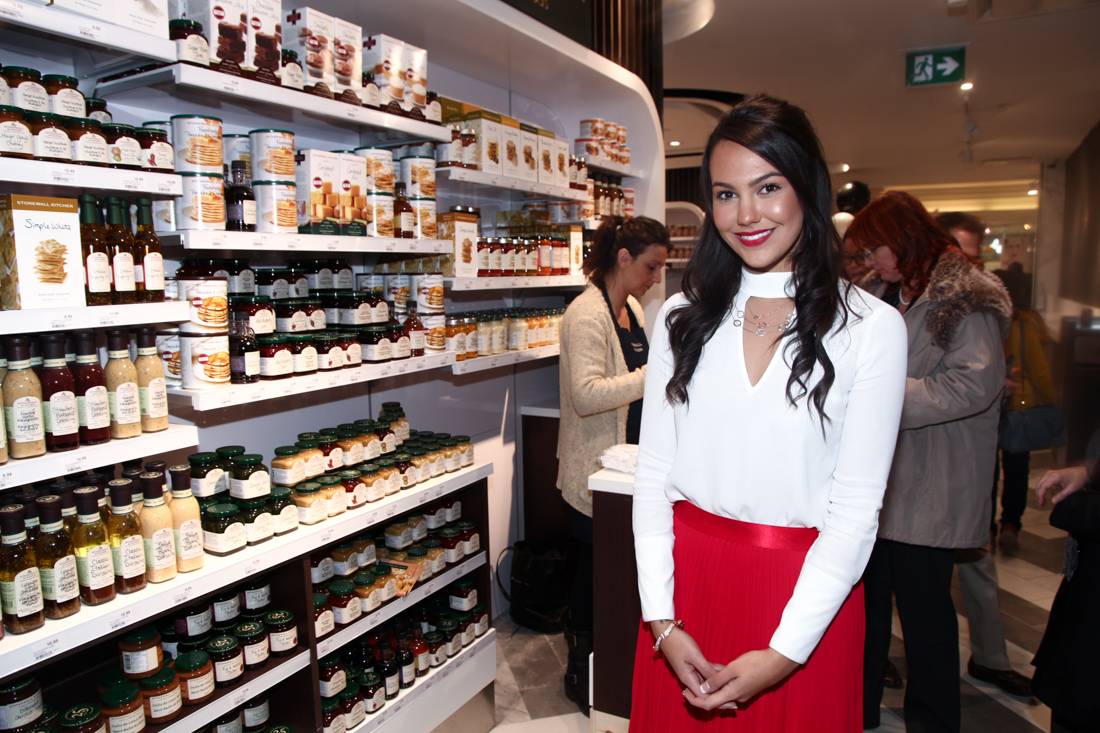 Pusateri’s is every Canadian Feinschmecker’s dream. Just take a digital stroll through their Instagram, and let your eyes feast on their French Mimolette Cheese. Fresh Foie gras. And arguably some of the most gluttonous, decadent pastries ever conceived.

Because of the upscale foodstuffs you’ll find at Pusateri’s, this brand has become well-known to Torontonians as a fine food grocery shop. Mid 2016, Pusateri’s began making subtle hints about a possible store launch – and a re-launch, as well. Finally, when November in all of its crisp-air-and-hot-caffè-mochas glory rolled around, Pusateri’s launched two stores to much fanfare.

And to help with experiential marketing during the new store launches: Femme Fatale Media’s all-new Experiential Marketing Division, of course.

Having heard about Femme Fatale Media’s dedicated Experiential Marketing team, Pusateri’s decided to use these marketing services to create a decidedly positive experience for the public at each of the store launch sites.

So we quickly mobilized our experiential marketing mavens and set to work on creating a memorable, mind-jostling activation campaign.

The Experiential Marketing Activation for Pusateri’s

Launches at both locations began with an epic ribbon-cutting ceremony attended by the Pusateri’s family – and eager, onlooking Torontonian foodies. Next, as guests entered the new locations, they were warmly greeted by Femme Fatale’s models and ambassadors.

At the Sak’s location, the first 500 visitors received an elegant gift bag and a stylish passport – an invitation to immerse themselves fully in Pusateri’s gastronomic splendor. And while the guests were milling about the store, Femme Fatale’s friendly staff handed out cookies – luring guests further into the store, station-to-station.

Guests also got a chance to interact with Foodie Santa and Mrs. Claus. These were two models (per store) decked out in Christmas-themed costumes. Their presence – which infused the experience with the holiday spirit – was much-loved by guests and visitors to the stores.

The entire experiential marketing campaign generated an enviable amount of buzz, including a large amount of word-of-mouth advertising. At the Sak’s Downtown location, there were a total of 9,400 interactions over the course of 4 days, and an impressive 17,300 impressions. Guests – and the public at large – were ecstatic over their experience at Pusateri’s new stores.

The store opening at Avenue Rd. was accompanied by a City TV interview of Pusateri’s president, and guests at both locations minced no words in expressing their delight with the experience.

“Ou, Fashion Santa!” expressed one guest, and said another, “This is fashion. This is brands. This is Toronto.”

And – no surprise here – everyone adored Foodie Santa and Mrs. Claus. Overall, then, this was an excellent example of Femme Fatale Media’s high-impact experiential marketing capabilities.